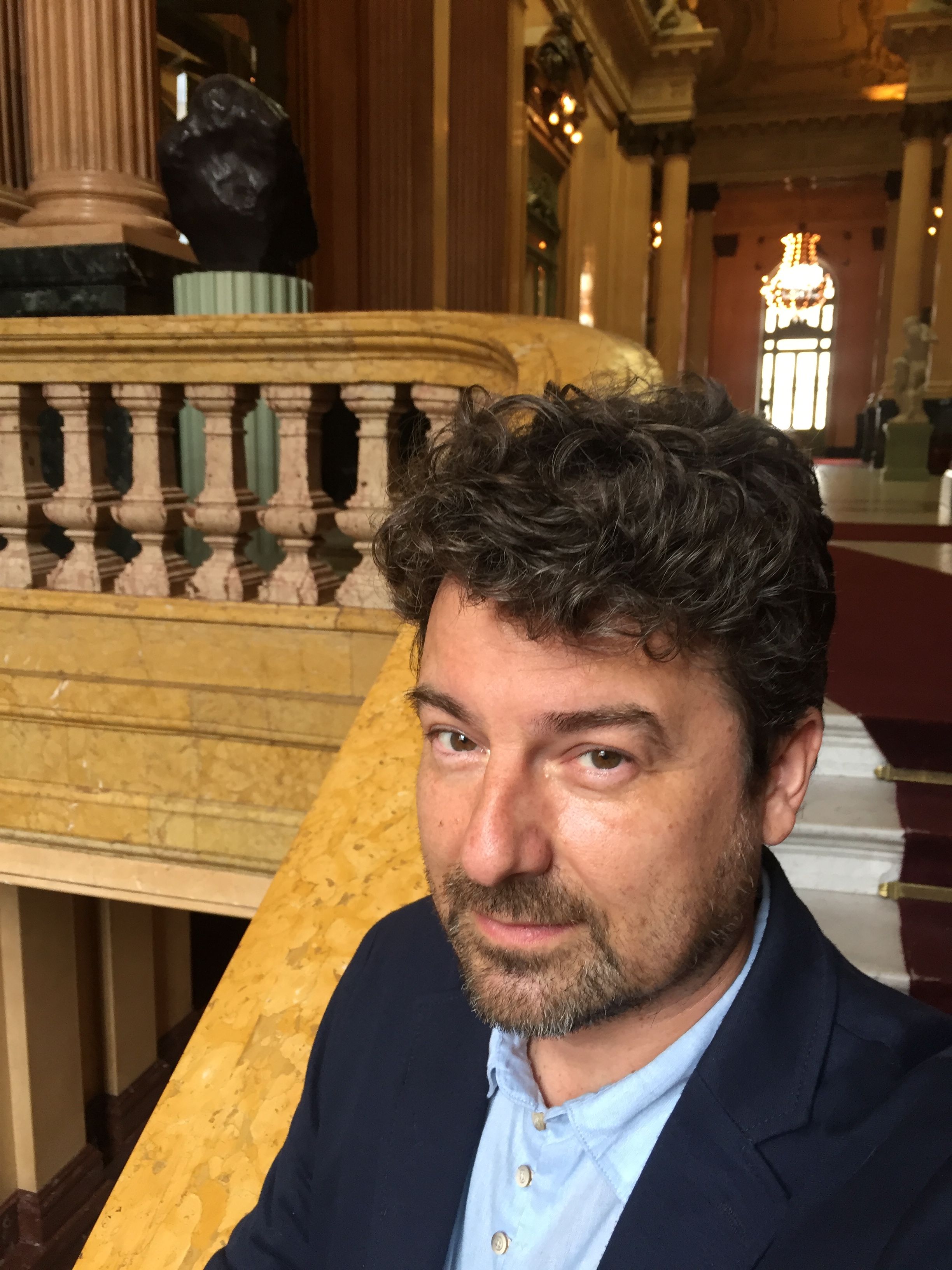 He graduated from the University of Buenos Aires as an architect, specialized in theatrical architecture and in preservation of heritage buildings.
He also studied Opera Directing at the ISATC (Higher Institute of Arts at Teatro Colón) and the Postgraduate Course in Cultural Management of the Latin American Faculty of Social Sciences (FLACSO).
Since 1989, he has worked at the Teatro Colón, performing first at the Technical Director´s assistance office and then as an architect specialized in theatrical architecture.
In parallel to this, he developed an artistic career as a lighting designer, for the operas Simon Boccanegra, The Magic Flute, Ubú Rey, Il Mondo della Luna, Gianni Schicchi, Suor Angélica, Mavra, History of a soldier, Alice in Wonderland, Dido and Aeneas, The Fairy Queen, Le convenienze ed inconvenienze teatrali as well as the operettas Doña Francisquita and La Verbena de la Paloma.
During the years 2006 to 2014 he worked as a professor of Art History in the characterization career at the ISATC Superior Institute of Arts at Teatro Colón. Since 2000, he has been Associate Professor in the Lighting Design Career at the National University of the Arts, Buenos Aires, Argentina; also from 2015 to the present he has served as guest advisor teacher in the Design Workshop Amette level IV, Faculty of Architecture and Urban Design at the University of Buenos Aires.