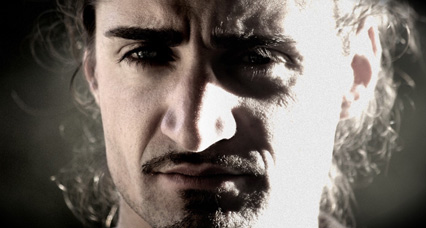 After graduating in Cultural Heritage Science from the Faculty of Literature and Philosophy at the University of Pisa, Antonio Parpinelli joins the management team of Lu.C.C.A. Museum. – Lucca Center of Contemporary Art in 2009. As the Event Manager, he is in charge of supervising the setting up of exhibit displays and as Head of Media & Communications; Parpinelli is responsible for updating the museum’s website and social networks and for the publication of all printed materials. Since 2013, he has been a member of the Mviva team with the role of Event Manager and collaborates in the realization of all the “enterprise & culture” projects designed for the Lu.C.C.A. Museum by Mviva.
Since 2010, Antonio Parpinelli has also worked as co-curator and curator of art exhibitions, including published exhibit catalogues. Among them, “Giuliano Ghelli. The paths of time “, Lu.C.C.A. Museum (2010); “Behind the brotherhood”, Lu.C.C.A. Museum in collaboration with Lucca Comics & Games (2010); “Gioni David Parra. Ulysses and the Light of the Shadow “, Lu.C.C.A. Museum (2011); collective exhibit “Distances”, Complesso Sant’Agostino, Pietrasanta, (2011); “Armando Buso. The sign of life “, Lu.C.C.A. Museum (2011); “Massimo Angei. The breath of the Soul “, Lu.C.C.A. Museum (2012); “Philippe Deleinseigne. Life”, Lu.C.C.A. Museum (2013) and “Anthony Moman. Spotted”, Civic Pinacoteca Amedeo Modigliani, Follonica (2013).
Parpinelli has written critical essays for contemporary artists; and in 2016 he taught modern and contemporary art courses for the Unidel – Università dell’età libera in Lucca. Finally, from March 2014 to June 2015, he was the author, creator and speaker of the radio program “Walk on the art side,” broadcasted on the web radio “Qui Radio”.